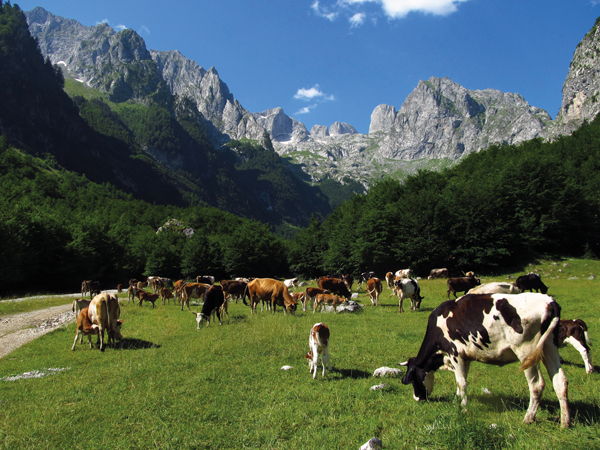 Kosovo, the youngest independent state in Europe, has an area of about 10 000 km2 and a population of about 1.8 million. More than 90% of this population is Albanian, and the Serbian minority represents 5.3%. Other minority populations include Bosnians, Gorani, Roma, Ashkali, Egyptians, and Turks. In addition, an estimated 800 000 Kosovars live outside Kosovo (mainly EU diasporas).

The country has shown significant progress in transitioning to a market economy and maintaining macroeconomic stability. However, it is still highly dependent on the international community (about 10% of GDP) and the diaspora (about 15% of GDP) for financial and technical assistance.

The economy is dominated by the trade and services sectors. The agriculture and construction sectors have also experienced remarkable growth. Since 2008, the country has achieved five consecutive years of economic growth (averaging 4.5% per year). However, poverty remains a scourge in Kosovo with 12.1% living in extreme poverty and 34.5% in relative poverty.

High unemployment encourages emigration and stimulates a large informal economy. The youth employment challenge in Kosovo is even more critical given the high proportion of young people: young men and women under 25 make up more than half of the population. Kosovo's population is the youngest in Europe, with an average age of about 26 years.

Kosovo is part of the Stabilization and Association Process (SAP) and the EU pre-accession strategy. The SAP has three objectives: stabilisation and a rapid transition to a market economy, the promotion of regional cooperation, and the prospect of EU membership.

Since 2000, Luxembourg Cooperation has been helping to mitigate the effects of the lasting crisis in the Balkans, particularly in Kosovo.

On October 24, 2016, the Government of Kosovo signed a bilateral agreement and a memorandum of understanding with the Grand Duchy of Luxembourg. These documents define Luxembourg's Cooperation in Kosovo in three main sectors of intervention: health, vocational and technical training, and water and sanitation. In addition to the interventions in these sectors, the agreements between the two states provide technical assistance in support of the integration process in the European Union and support to civil society.

As an operational pillar of Luxembourg's bilateral cooperation, LuxDev has the means to implement projects that will consolidate the achievements of previous programmes in these areas.

Despite progress and political developments in recent years, the health sector in Kosovo still faces significant challenges. Health reform is one of the main objectives of the government. Therefore, LuxDev is implementing a structuring programme for the Luxembourg Cooperation to accompany the health sector reform process.

Kosovo has a well-developed health system but faces critical bottlenecks. Policies and action plans are in place, and innovative reforms are underway. However, standards are not always well established, and quality of care remains a problem.

Public health spending is among the lowest in the region, and allocation is often poorly managed. Even if efforts are made to increase the budget allocated to the health sector, it does not represent more than 3% of GDP and about 100 EUR / citizen / year! On the other hand, private financing of health care is very high and represents about 40% of all health funds. This represents a major obstacle to equitable access to care.

The education sector was at the top of the priority sectors in Kosovo. It was clearly identified as a critical sector to revive the young Republic's economy and ensure long-term sustainability.

Each year, approximately 30 000 new job seekers enter the labour market, but current economic growth is not generating more than 15 000 new jobs per year. As a result, more than a third of young Kosovars have neither work nor education - a category that could be called “the lost generation”.

This is why Luxembourg Cooperation supports the Ministry of Education, Science, Technology and Innovation of Kosovo and contributes to the modernisation of the formal education system through reforms in the vocational training sector where LuxDev plays a crucial role in supporting the realisation of these investments.

Decades of underinvestment in the water sector in Kosovo (during the dissolution of Yugoslavia and the subsequent conflict in Kosovo), particularly in the northern area, require significant investments to rebuild dilapidated assets and restore the capacity of service providers.

As part of an overall effort to rehabilitate the regional network and increase water supply capacity in the Mitrovica region, LuxDev supported the implementation of a decentralised water supply project. Luxembourg financed the modernisation of equipment under the supervision of the regional operator and strengthened its operational and management capacities.

The number and value of the interventions implemented by LuxDev remain significant and contribute to the development of the three sectors mentioned above.

Evolution of activities in Kosovo (in thousand EUR)

Distribution of the 2021 disbursements by sector

All projects in Kosovo